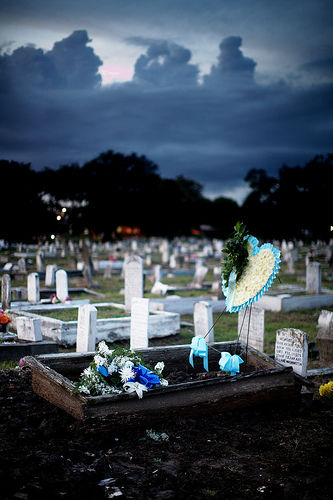 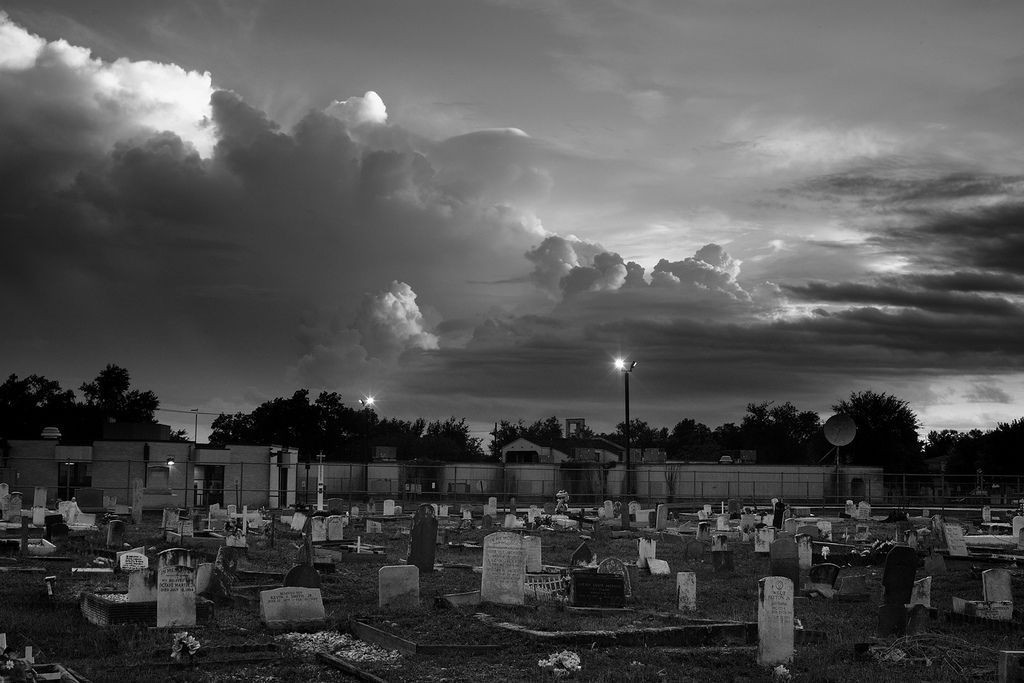 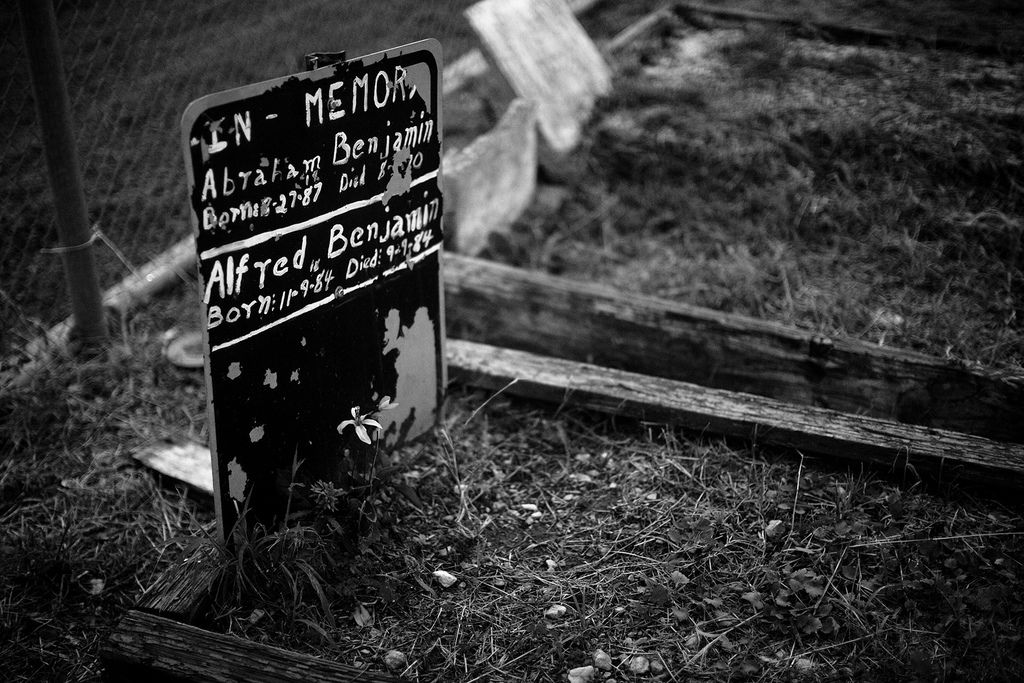 Founded in 1879, Holt Cemetery is a cemetery for the poor, run by the city of New Orleans (although it’s not clear that there’s anything to run). It’s the resting place for many older jazz legends: cornet player Buddy Bolden and singer Jesse Hill, among others. Unlike most of the other cemeteries in New Orleans, all the plots in Holt are below ground burial, which can be obtained (more or less) for the cost of burial.

When we first arrived, the scene above greeted us — a crude semi-above-ground plot that had been washed away badly by the recent rains. Our guide was quick to spot and replace a jawbone that had washed out from its resting place. The terrain is tricky to navigate: the ground is littered with coffin handles and other detritus from decomposed plots, and open or poorly sunk graves are strewn haphazardly through the cemetery. It’s not uncommon to see a coffin half-uncovered, due to poor coverage and subsequent rains/flooding. The plots themselves are decorated liberally with homemade signs and mementos. Some are charming and creative, and others are sparse makeshift tombstones (one plot even used a school zone street sign with blank paint/tar) — a sad reminder of the charming endurance of the city in the face of the poverty and neglect that plagues it.