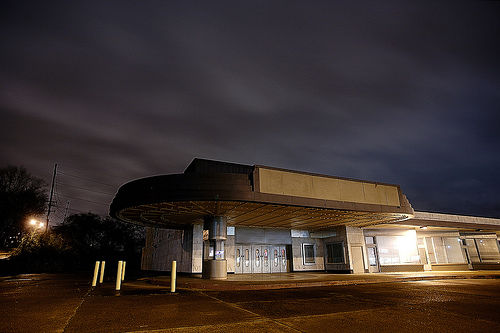 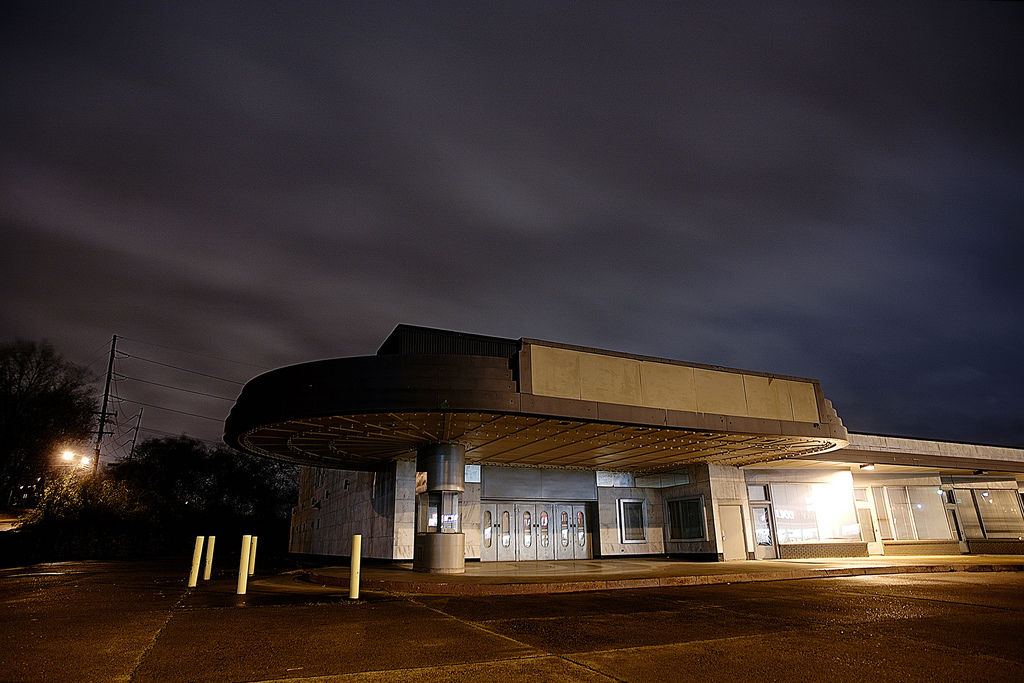 Built in 1942, the Melrose theatre was one of three grand theatres in Nashville that shared a similar design — the other two being the Belle Meade Theatre and the Inglewood Theatre on Gallatin. Sadly, the Inglewood theatre was closed in 1977 and demolished sometime thereafter — a shuttered drugstore now occupies the spot. The Belle Meade theatre fared much better, operating as a theatre well into the late ’80s before Bookstar turned it into a book store, with minimal remodeling. Sadly, in a move so crass and lacking in historical sensitivity that it could only happen in Nashville, the Belle Meade Theatre was recently gutted and turned into a grocery store by Tony Giarratana, leaving (I believe) only the facade and the projector room intact.

For its part, the Melrose Theatre has been remodeled a few times, but still remains relatively intact as a theatre (at least on the outside). I recently saw it all lit up for an event recently, and it was quite spectacular — sadly, I didn’t have a camera with me (weird, I know). This picture from 1984 (when the theatre was still in operation) will give you some idea of what it looked like. I don’t know the state of the interior, but perhaps the Melrose can be revived as a theatre some day.