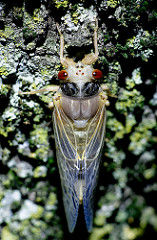 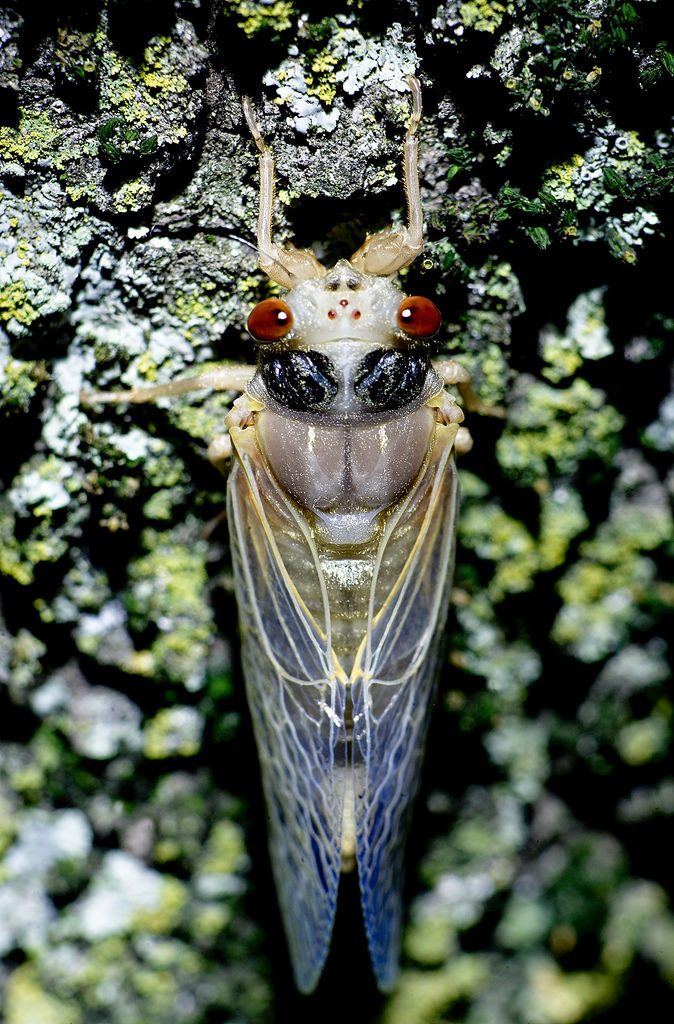 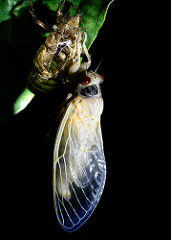 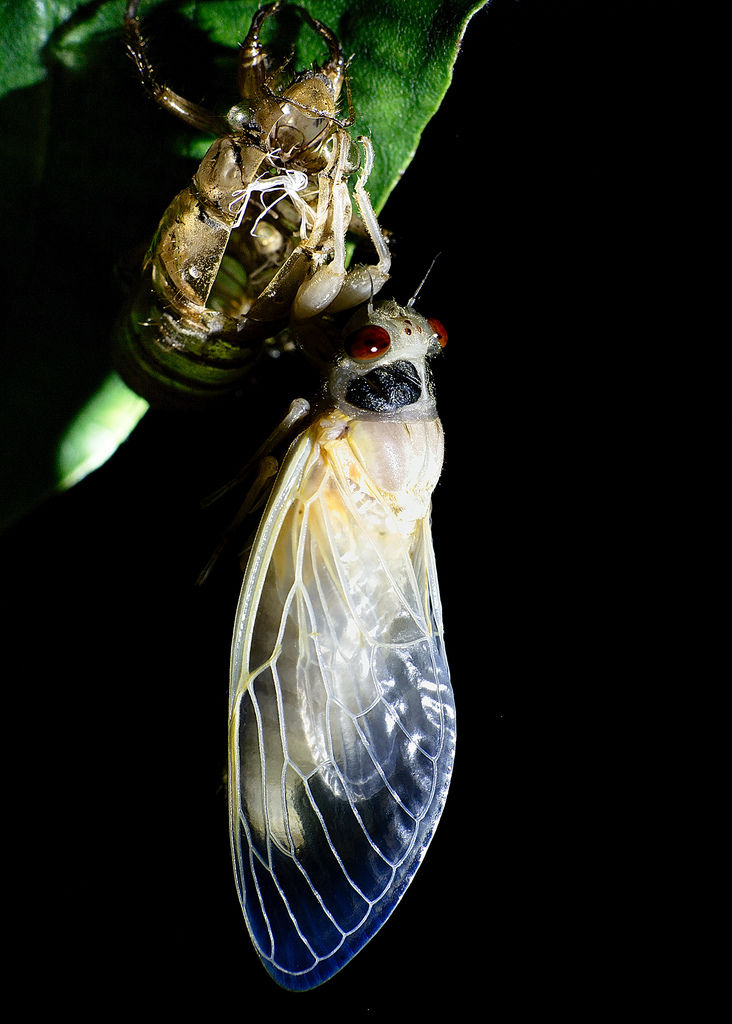 They’re heeeere. Brood XIX emerged this week in Nashville: tredecassini, a 13-year variant of the Magicicada genus. There’s a lot of hysteria surrounding these little critters, but they’re a relatively minor nuisance. It was one of my first years in Nashville that Brood XIV emerged, and ever since then, to me, the cicada song has just been a part of summer in the south.

I was starting to think we wouldn’t see any around these parts. I live in Germantown, a small (old) neighborhood just north of downtown. There aren’t many in general because of all the changes the area has seen (with every generation digging up the ground anew for construction of some sort), and the relative lack of trees. In just the past few days, though, we saw a ton emerge underneath the relatively old tree in our front yard.

The cicadas pictured here are just emerging from their carapace — hence the white color. It’s not until they’ve dried out a bit in the air that their wings begin to harden and their color starts to darken. They’re supposed to be pretty good eatin’ in this state, but I don’t know if I could eat them now. They’re just so CUTE!