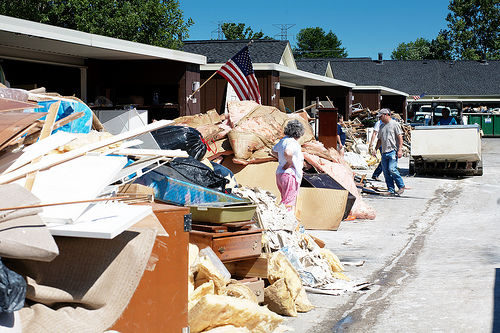 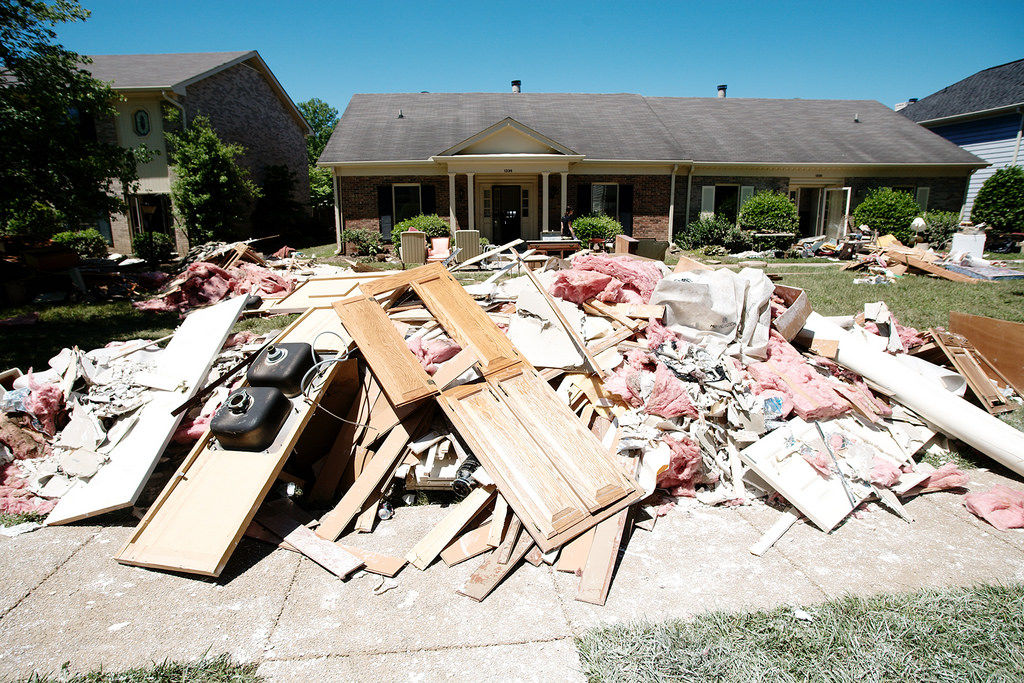 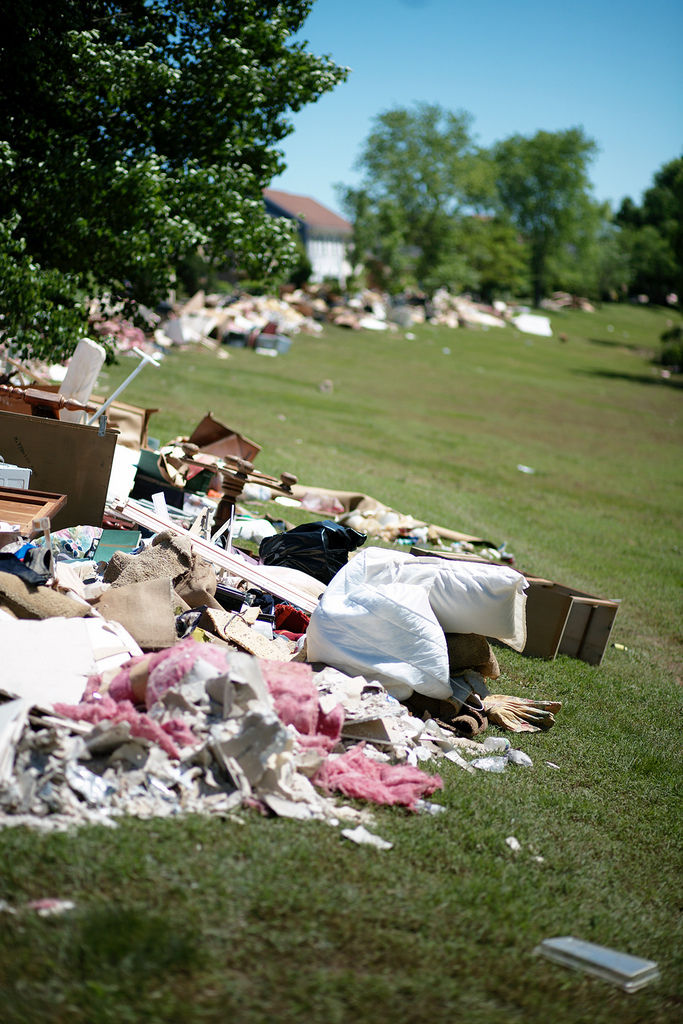 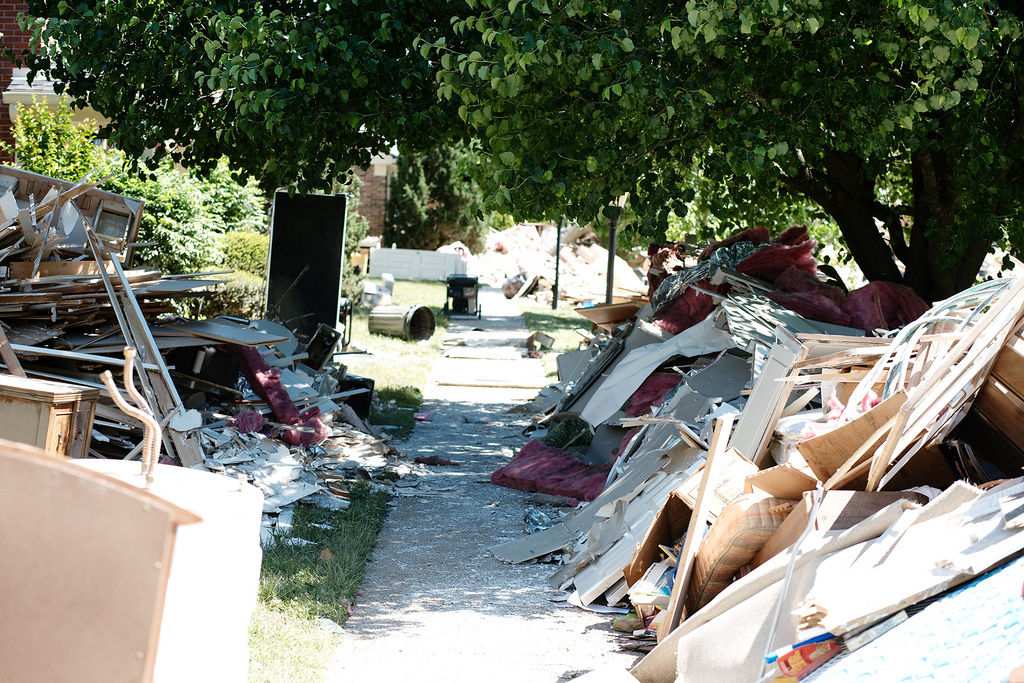 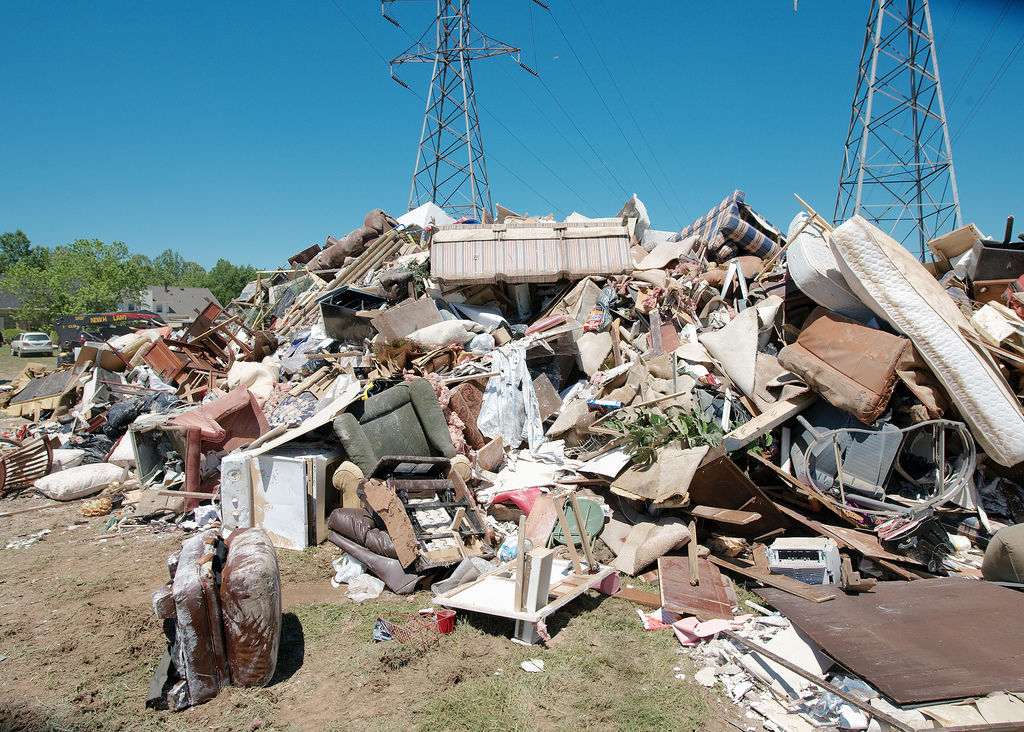 Today arguably represents the 2-year anniversary of the 2010 Nashville flooding. 13.57 inches of rain fell between the two days on May 1st and 2nd, and water began entering people’s homes and businesses. I thought about posting here one of the more eerie, picturesque photos of downtown Nashville without power and full of water. Pretty pictures, maybe, but those photos don’t really capture the true losses of the flooding. Those businesses quickly hired equipment and people, pumped the water out, cut their losses, and were back in business before too long. The hardest hit and longest affected areas, of course, were the least visible, and there was nothing pretty about it.

The photo above reflects the more painful reality of what countless individuals faced when the waters finally receded. Entire homes gutted and turned inside out, their life’s belongings on display for all to see. Their neighborhoods and streets turned into makeshift dumps.

Bellevue was lucky, relatively, being a more visible and affluent suburb, quickly amassing a veritable army of volunteers to help strip the houses. I didn’t even take a camera with me to Bordeaux, where things were a little more bleak. Many houses stood empty, abandoned, and some had a smattering of volunteers starting to trickle in. I recall the house I helped to demo: An older retired couple owned it, and were insisting that we carefully scrape the 20 year old linoleum off of the plywood subfloor, so they could salvage it. I didn’t have the construction expertise, but mostly didn’t have the heart, to tell him that it would all have to be ripped out. It’s no easy task to tell someone that the home and life they’re desperately trying to save is destroyed.

I won’t moralize too much here about it all, since this blog is about pretty pictures. So, yeah. Tomorrow I’ll post a photo of a flower and some kittens or something. Happy Tuesday!