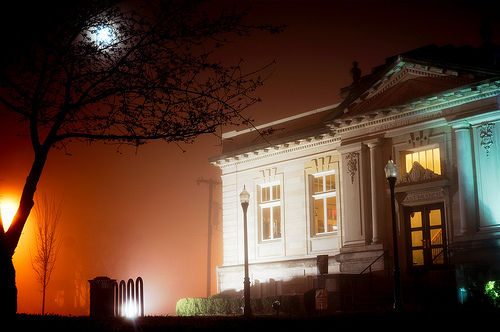 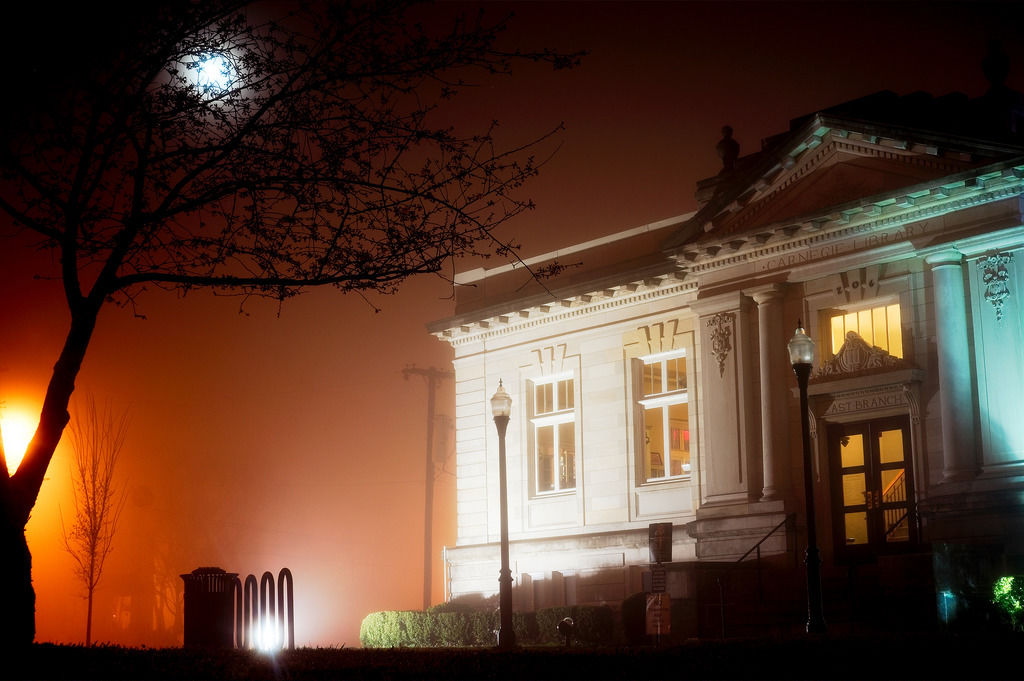 Seen here on a recent foggy morning, the East Branch of our library system was built in 1919 as part of Andrew Carnegie’s library endeavor. These libraries were funded by rich guy philanthropist Andrew Carnegie as part of a project that eventually yielded 1689 libraries throughout the country. The other remaining Carnegie library (there were originally four) in Nashville (now the North Branch) is located in North Nashville off of Jefferson Street. Both are still in active use.