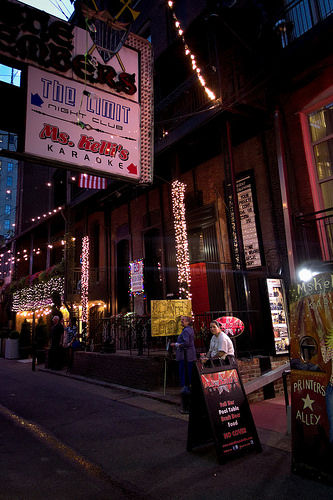 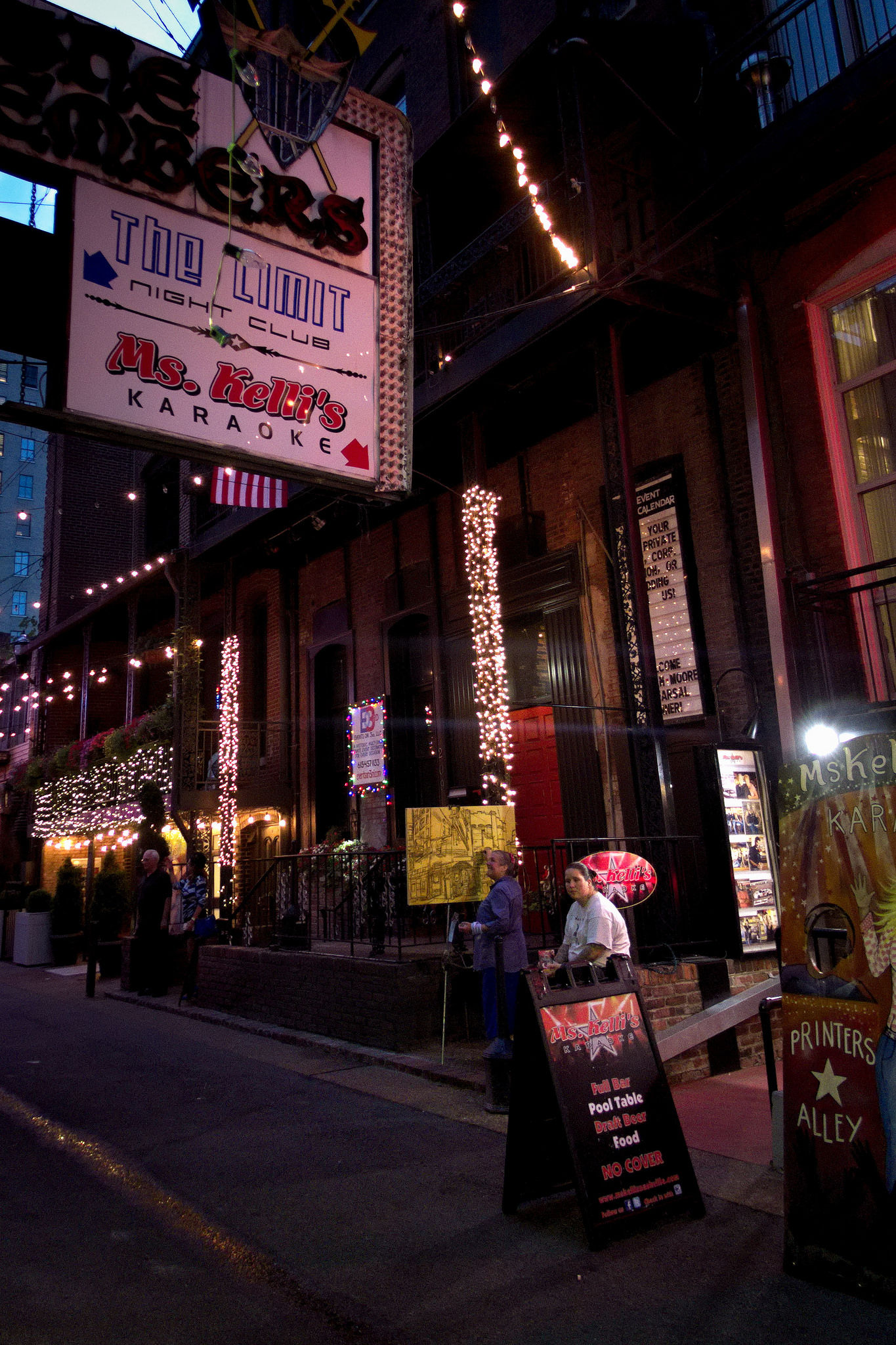 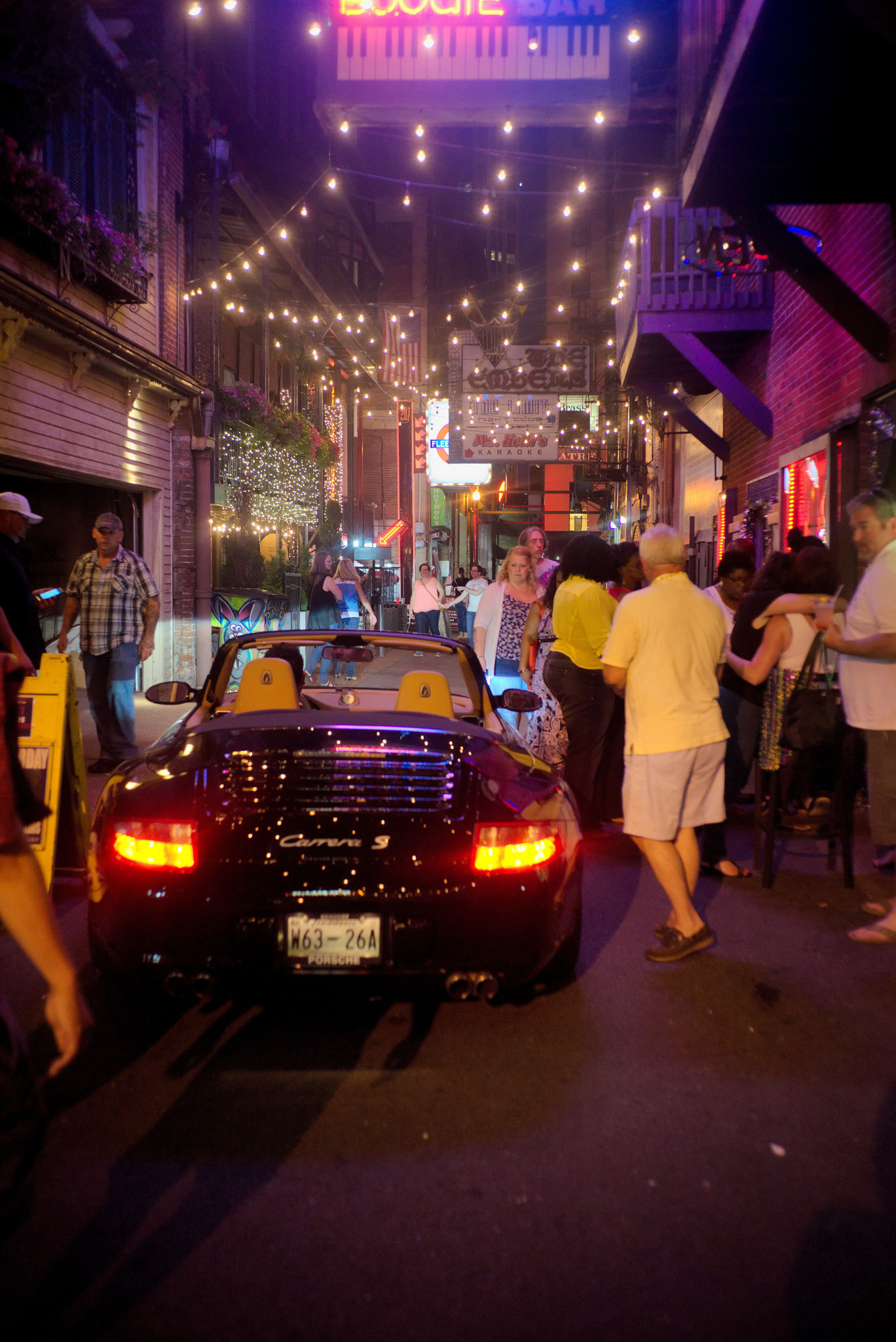 This isn’t the greatest photo, but I was pleased to capture it nonetheless. I have seen this woman over the years painting landmarks in Nashville that are not long for this earth — starting with some icons in the Gulch, including the Union Station train yard. I should probably come up with a better nickname than “the angel of death” for this woman, since she seems perfectly pleasant and (as far as I know) not actually blessed with celestial powers. I’ve chatted with her a few times, but I always forget her name — if anyone knows it and could pass it along, I’d be much obliged. I’d love to see her paintings.

This is not a death sentence for Printer’s Alley, but it certainly isn’t a good sign! But, this is not news to anyone has been there recently and seen firsthand that Printer’s alley has #moved #forward.

UPDATE: Her name is Peggy Snow (thanks mom). I guess I could have done some googling. You can see some of her work here and here