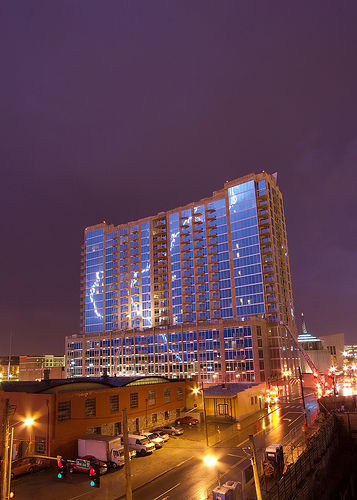 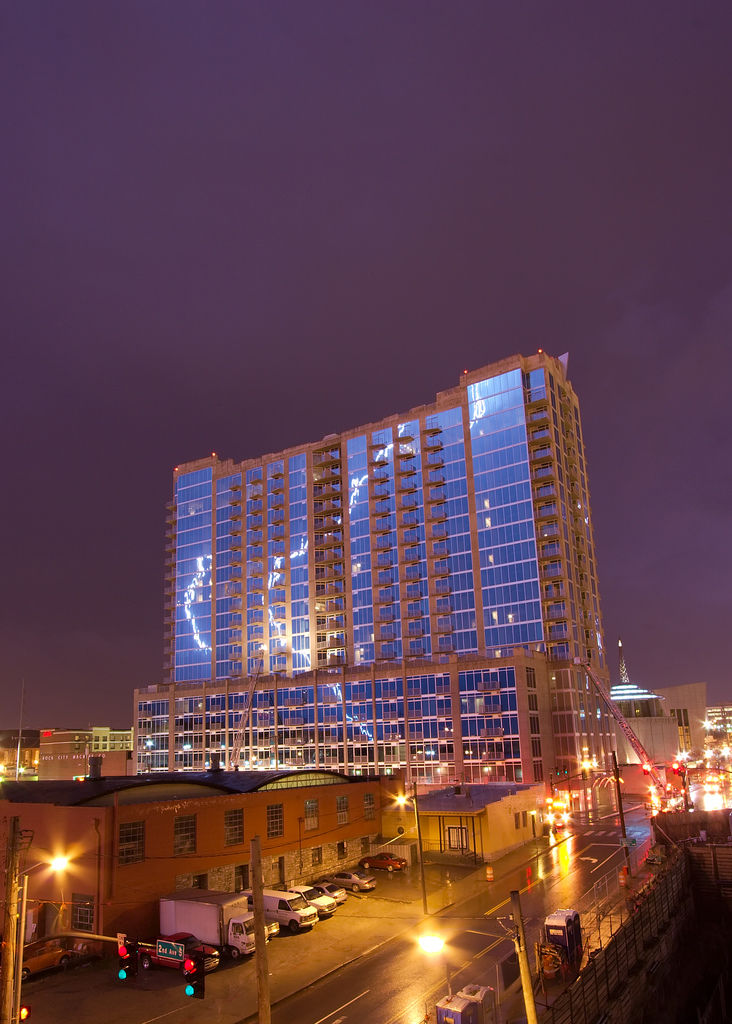 An oldie but a goodie. The night this was taken, I was peering out of my window (I did this a lot when I lived downtown) at the storms blowing through. Suddenly a couple of fire engines came tearing down the streets headed for the Encore building, which was newly completed but not open yet. They flanked each side of the building and started doing their thing — including raising the ladders on each truck to the side of the building. I wasn’t sure if there was a bomb threat or a hostage situation, or a localized fire on an upper floor or what.

Naturally, I grabbed my camera. Because that’s what photographers do during tragedies, apparently: they set up a tripod and kick back. So I had my camera all setup and I was just taking longer exposures to see if I could capture anything — and it ended up being lightning reflected in the front moving in behind me. Goes to show that you never really know what you’re gonna get.

I found out later that this was actually a test drill. Any time that there’s a new high-rise building, the fire department deploys their trucks and raises the ladders to make sure they know how high the ladders will reach from various points around the building. Pretty cool.