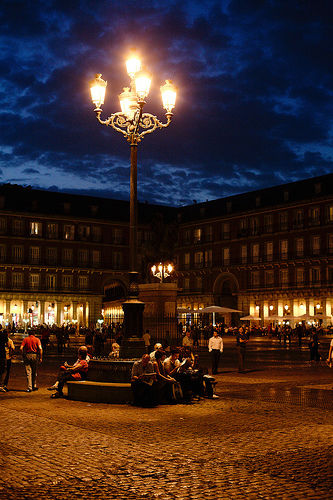 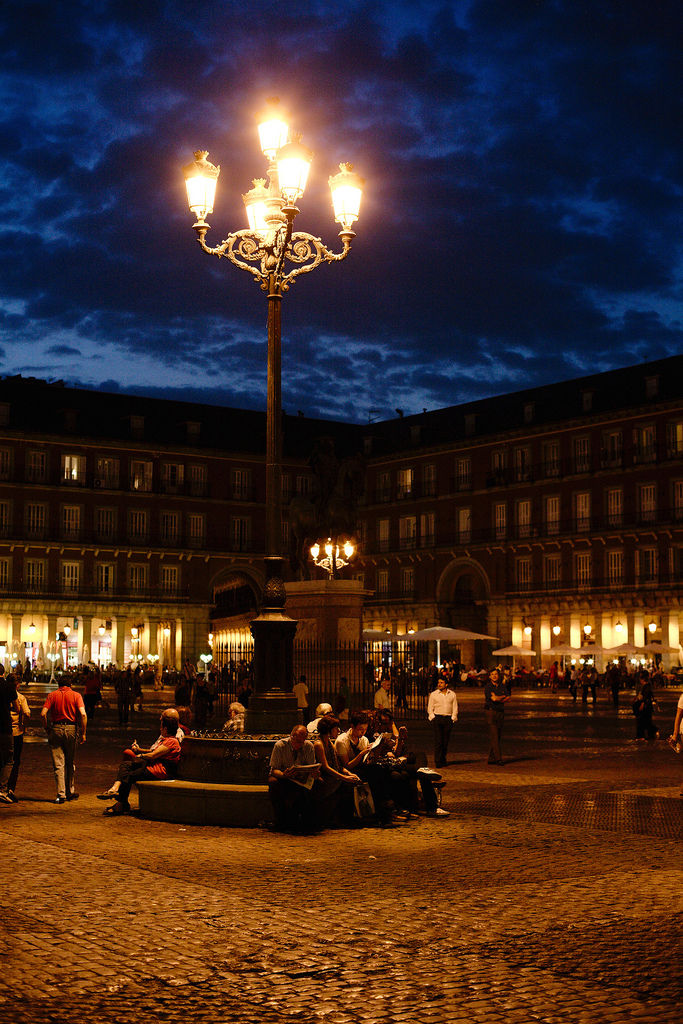 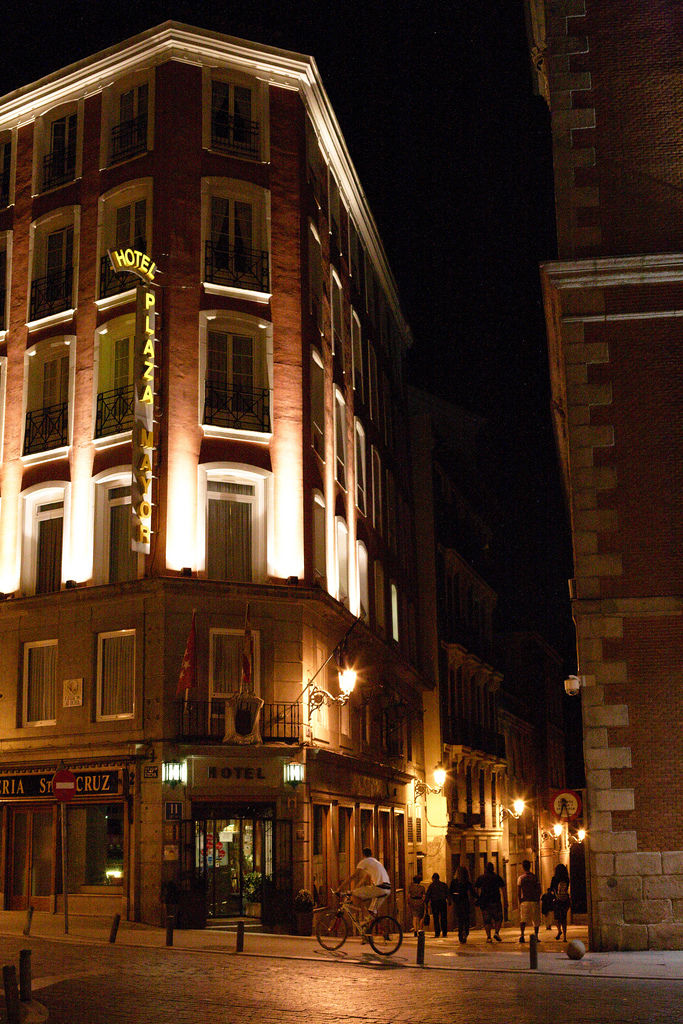 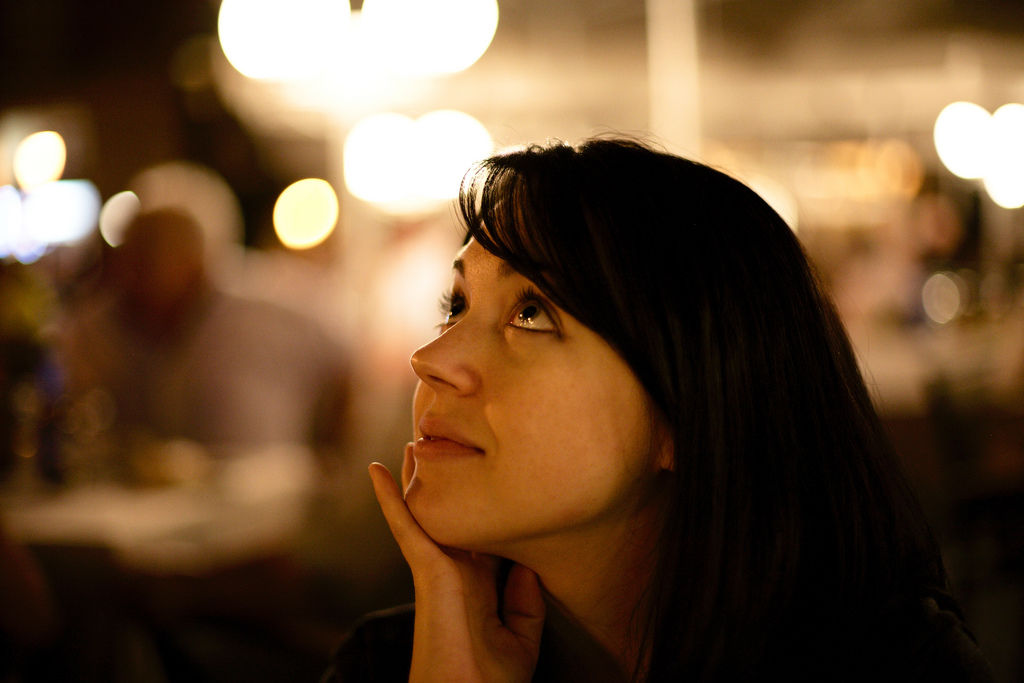 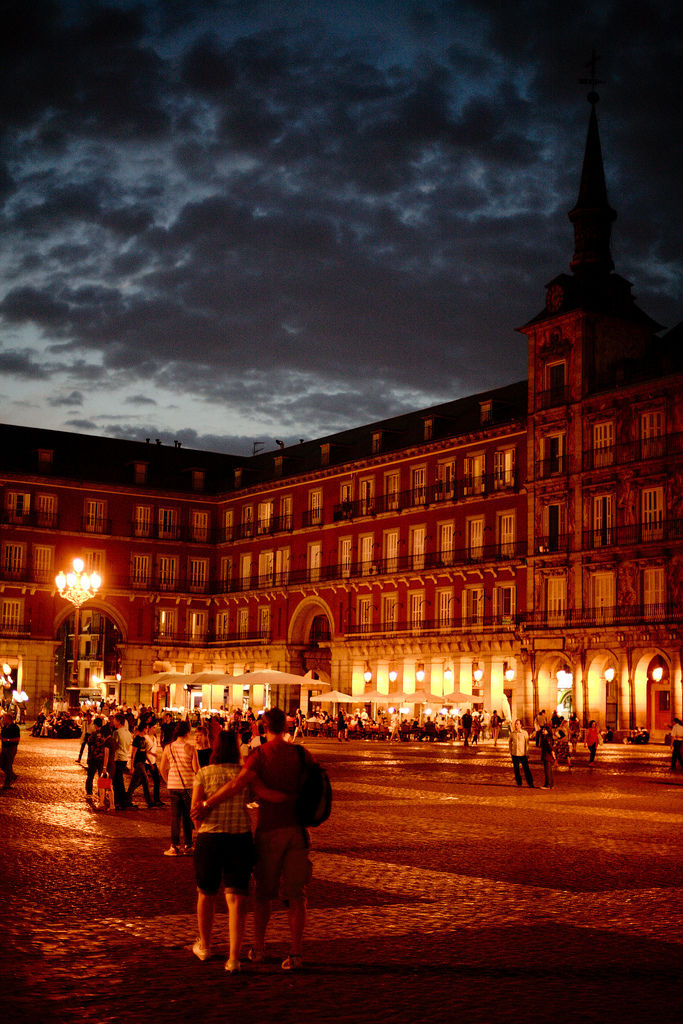 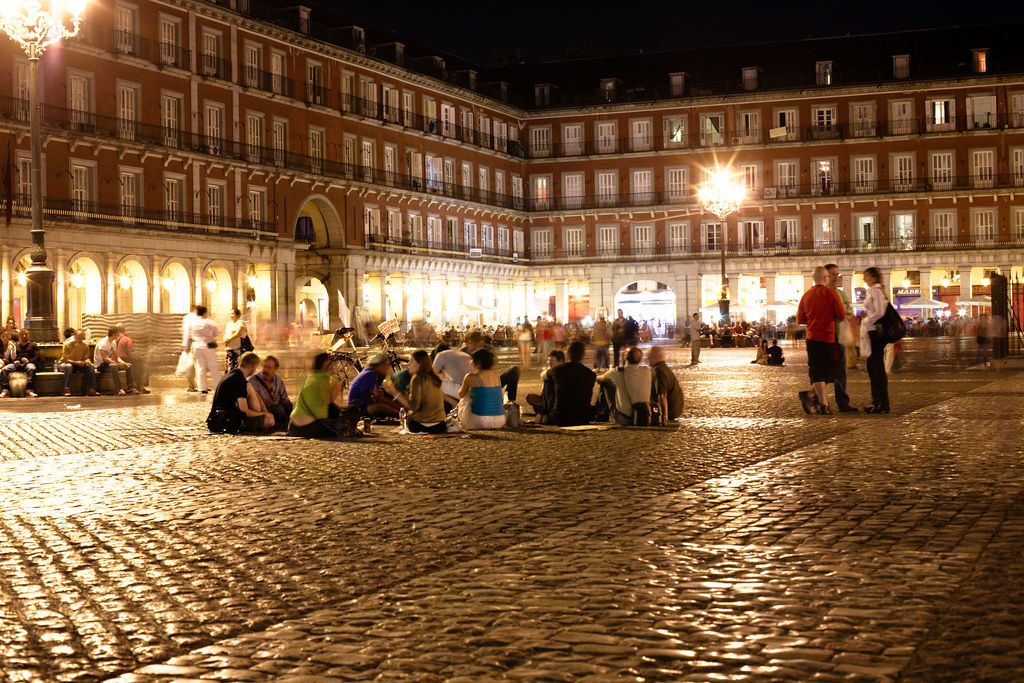 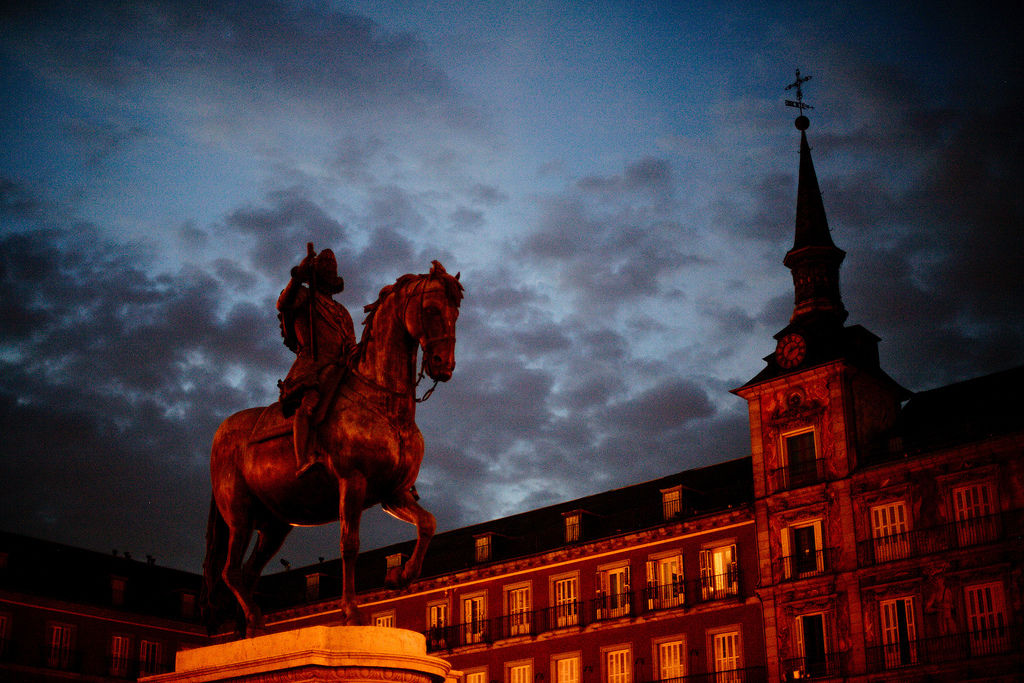 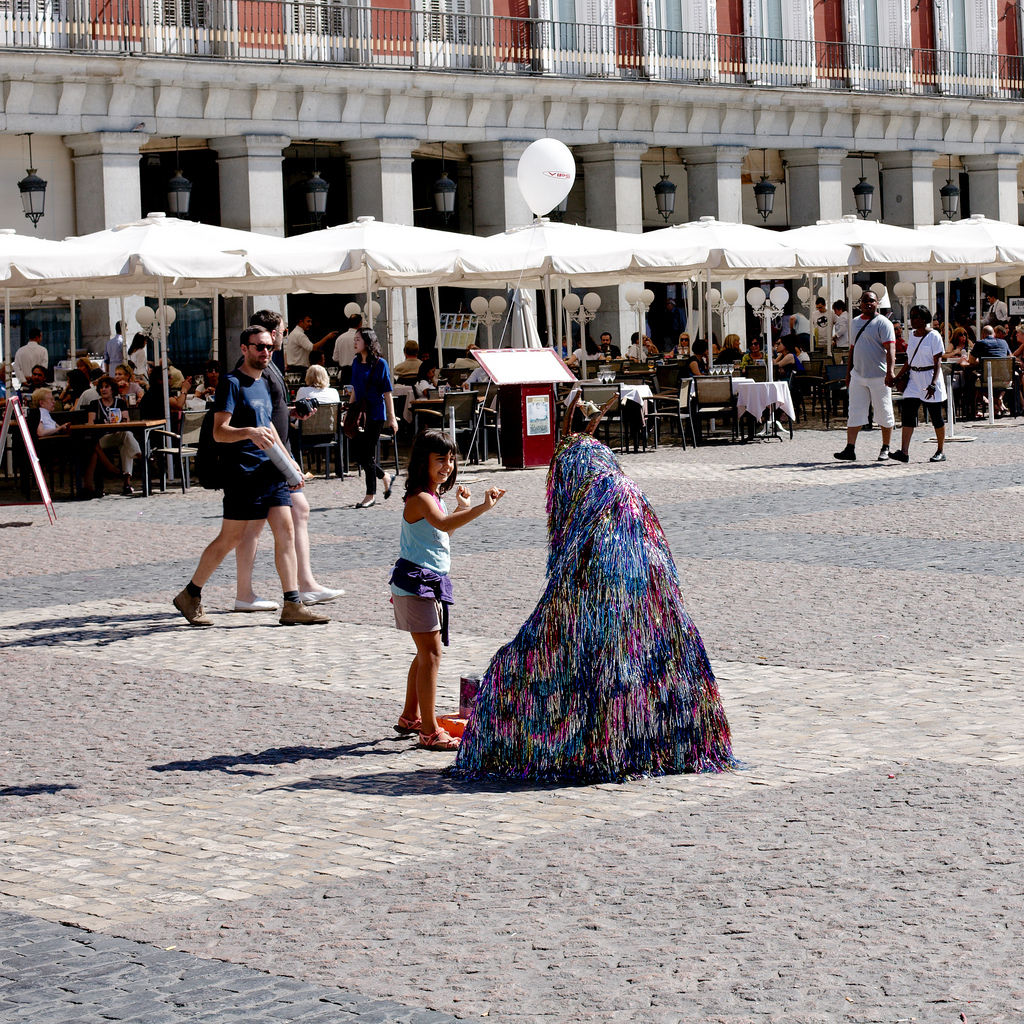 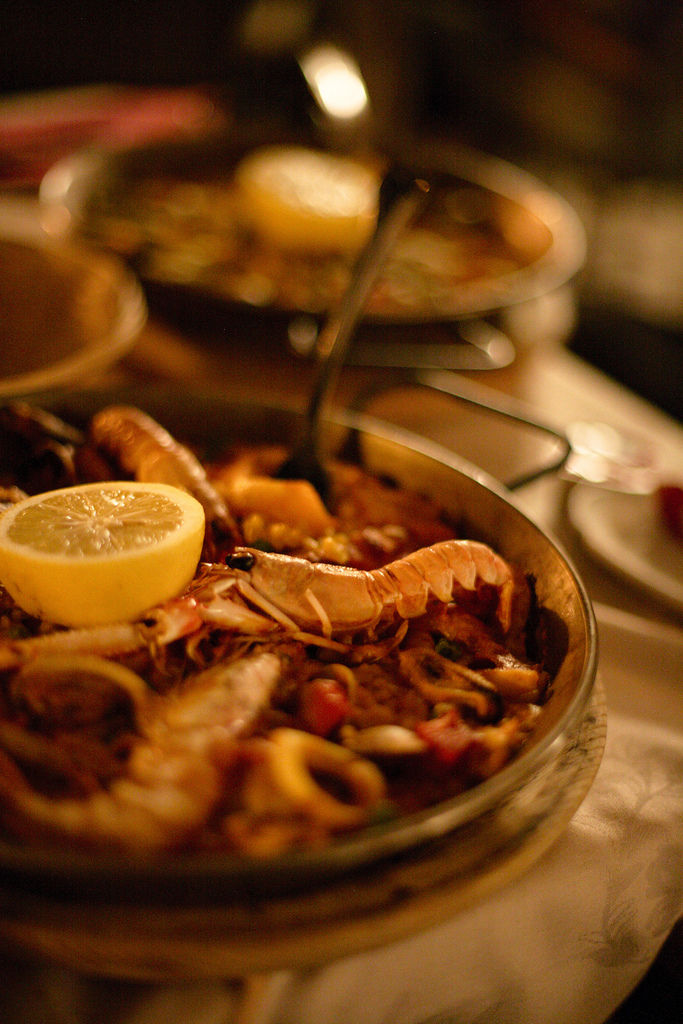 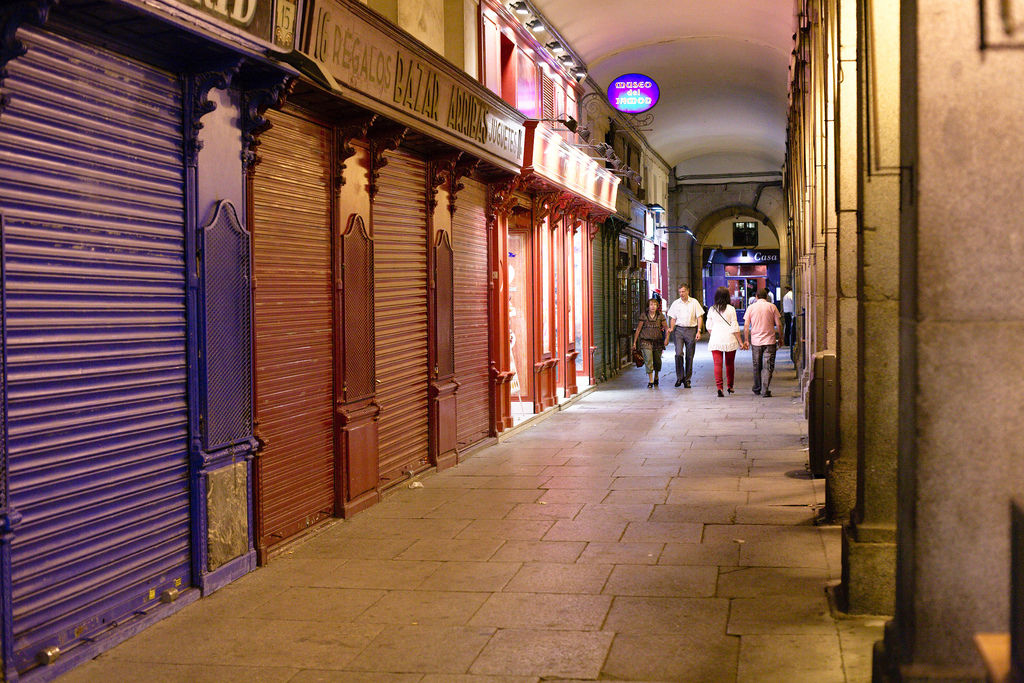 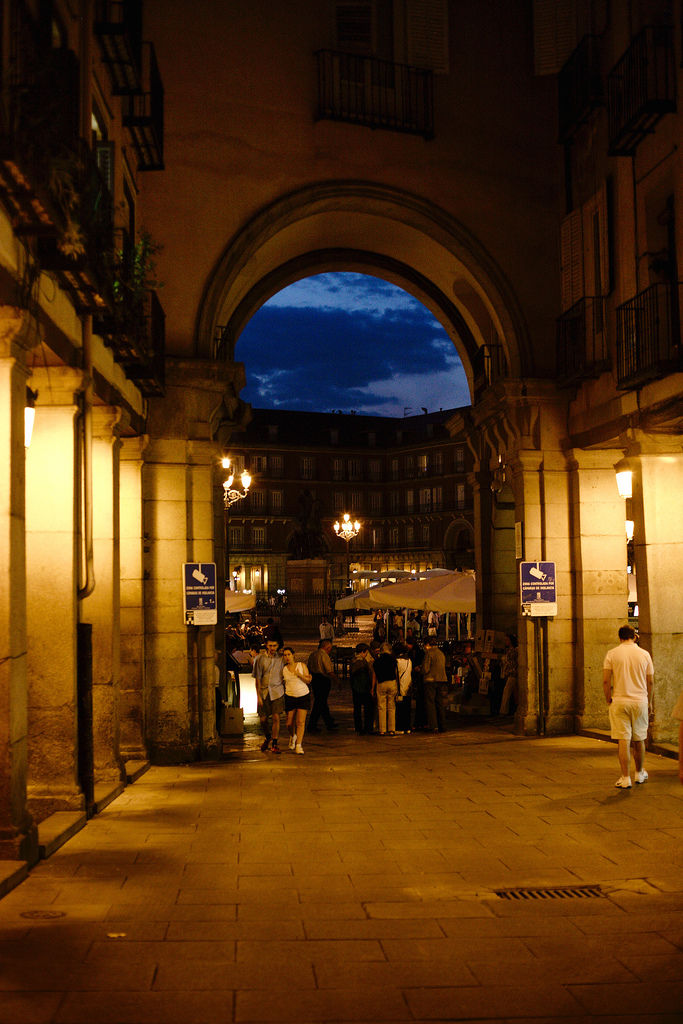 In Madrid, our hotel was nestled in some side-streets near the Plaza Mayor. Built (well, rebuilt/expanded) in the early 17th century, this plaza was (and is) widely used since as a public space for markets, bullfights, etc. It was also host to more gruesome aspects of Spain’s history: public executions — including, during the Spanish Inquisition, “auto de fe” — a ceremony of public penance followed by execution by burning at the stake. As you sit peacefully enjoying the cool night air and watch people stroll and relax in the plaza, it’s hard to imagine it as the site of these acts of religious insanity and carnage.

During the day, the plaza is home to a constantly buzzing throng of tourists flocking to a statue of Philip III, and being entertained by a host of bizarre street performers. At night, the restaurants explode into life, taking advantage of their prime locale and setting up for business in the plaza itself. We ate dinner in the plaza on our second night in Madrid. The meal itself was substandard — a fairly mediocre paella and surly (if not actively hostile) service. Such is the price you pay for the atmosphere, which couldn’t be beat. We finished up with a stroll around the perimeter of the plaza, which is lined with shops of all sorts, and dotted with grand arches leading into the twisty maze of old Madrid’s streets.