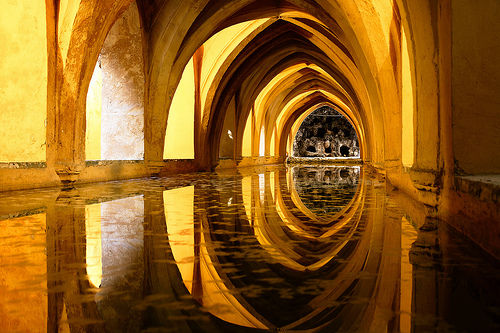 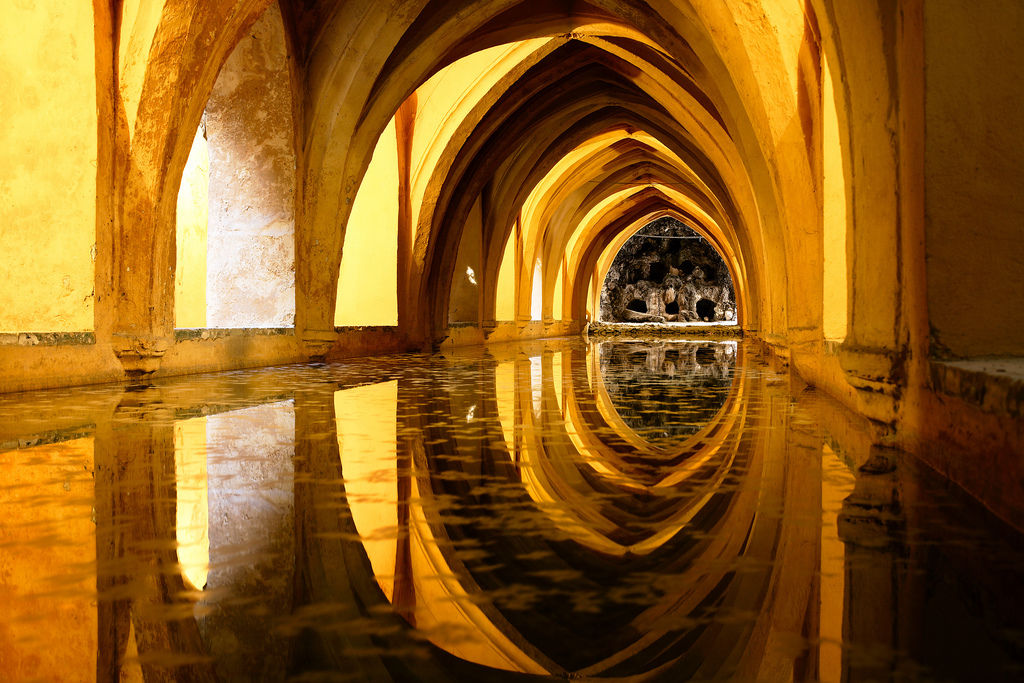 One of our favorite spots was the Alcazar in Sevilla, which is a fairly typical Spanish castle complex. This one, though, is surrounded by sprawling acres of gardens you could get lost in for hours. Indeed, we nearly did get lost in one of the garden mazes. On our way out, we almost walked right past the entrance to the highlight of the trip — Los Baños de Doña María de Padilla, which wikipedia had this to say about:

The “Baths of Lady María de Padilla” are rainwater tanks beneath the Patio del Crucero. The tanks are named after María de Padilla, the mistress of Peter the Cruel. Supposedly, Peter fell for María and had her husband killed. María resisted his advances and poured boiling oil over her face to disfigure herself to stop Peter’s pursuit. She became a nun and moved to a convent afterwards. She is regarded as a symbol of purity in the culture of Seville.

I guess they didn’t have restraining orders back then.